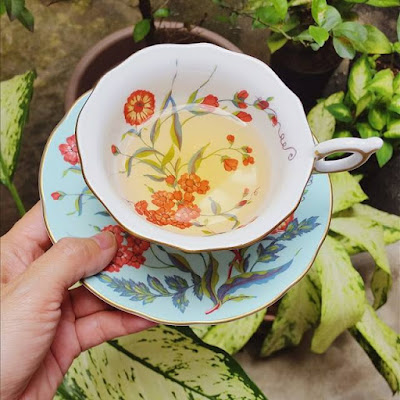 Weekend is just a breath away and glad i survived until today. Been busy going out and about lately and it's hard to cope up to a new routine when you are stuck in an old routine for quite sometime. It's like being in a vacation then going back to the real world.

I have four children, two daughters and two sons, a refreshing start to all.

Being away from writing focus me on a new chapter of motherhood, in raising a teenagers. I have two teenagers then, now already an adult in their early twenties and one left who's almost sixteen years old young man. If you're a mom who gave birth to a lovely child, a mother who chase to a toddler, or a mama who drop their kids to school. In these early stage of motherhood that we are the one who rules, we can control situation the way we can. We are the one who plans for the important events in their life, ( think of all the kiddie parties ) the one who thinks of a good education at an early stage, signing them up for school activities, summer programs and the like because these are all what we want for them in the end, a good life. As I always tell to all the circles i'm involve in that in these kind of phase that the physical aspect is more involve in daily living. The chapter in moms life that one become physically drain in some point with all of the daily activities. But at the end of the day while staring at your baby, the joy and grace sinks in, it's a priceless journey and you're still willing to give the very best in raising them in succeeding days of your life, right? It's the same feeling of genuine love and care though when they grow up entering their teenage years, but a lot of things is different and one need to brave her skills because raising a teenager feels like you will be in a battle field. Physical aspects now is set aside because at this point of time you master already the routine and now comes the emotional sideto handle. Are you ready or not? you don't have a choice anyway. Now comes a time that you don't know what's coming and a mom should need all the weapons that she got. Think of all the values you've learned growing up until you became a mom because in some point that matters ,if not will help you a lot. And so do prayers and a lot of carving time for reflection.

In transition of teenage years a mom should be aware that children grow and when we say grow there are certain changes, the one can be control and can't be control - i can tell now that  an "out of control" phrase happens when children in their teenage years learn to make their own decision. A decision that you may or not agreed on. I have a hard time coping with late night outs, curfew is strictly implemented in our home. They should inform me in advance about their errands and will allow them, I am good with that but strictly, no impromptu getaway. You will hear a no word and don't push me, and you will hear me roar. Yes, that's me and you will hear my why's, an explanation is properly tackled upon for them to understand. Added that cellphone should always be on, then text or answer if needed. That is a rule that everyone must comply and discipline must be implemented. I don't think I deprive them to grow or to socialize to that extent but i only want to secure their safety. And i don't think going out late at night is the only reason in learning to grow- that will come in  latter day of their life, but not today, not yet. I'm a believer of having a good education first. To focus on their studies before anything. In the real world today that everybody is not entitled to have a good education, "having fun" should come later in life , priority matters first. But then again not everybody can understand the "law" and not all is a law abiding children. From there comes the parenting skills and test you must undergo. 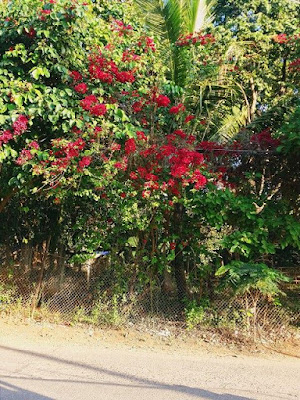 Compromise. This word. Tsk. When things are not falling into place it's the first thing a parent should probably think of is to sit down, make a serious talk and look how things would turn out. But then again how far will you go if compromise doesn't work? It's a struggle, right? The most if you think that you will not be in situation you are in. Advil ( it's a medication ) will be your pal for quite some time, a headache at it's best, I tell you. Comes along side prayers cause you can't do it alone. In this situation you will feel grateful that you have a husband or anybody that close to your heart is there that can help you analyze. Yes, brainstorming makes a major part.

With all the situation and scenarios that come and go, then comes acceptance. That what you only want is the best for your children but there's some point that the path you wanted them to lead will not come out the route they wanted it to be, but the outcome will be as the same goals as yours. "So the word loosen up a bit" true happens in some point.

Realization comes in every situation, then you will come to a conclusion that we all wanted to raise good humans and we wanted them to succeed but as always, things might not happen the way we all wanted it to be or as plan. Mind setting and thinking in one direction will not help in some point either but only trigger to harden the situation. But I don't think that positive outlook will come to put at bay cause as you able to learn to compromise, accept and realize, guidance plays a major role for children. Maybe there come a time they don't do what we wanted them to do but in their heart and
mind, whether they like it or not- they listen,  all of the guidance are put in their mind and subconcious mind. All the words you spit out have a place in their hearts as well as the values that we taught them from the very start. Just don't give up. A mother's heart is pure, maybe she shed tears, become tired in some point but always willing to  give the very best for the sake of her love ones and that is her children. Pure love really hurts, right? I also fall into realizing that fear plays a major part in some point of raising a teenager while they are in the transition years. Some of us or personally in my time that I forgot to tell myself that they grow and they will have a mind of their own. I used to teach and train them then on how will they able to tackle life in the future but I forgot to tell myself that my kids is not a kid anymore, they are already teenagers nearing adult who now learn to think and do decision of their own and wouldn't let themselves to be harm or get hurt. So to trust them is important so they could learn to fly and we then becomes a wings beneath their wings. It's not an easy decision or a journey to that extent knowing how traditional mom I am, but it's an experience in the life of motherhood that we should need to embrace and somehow able to dance in the rain.

I know like lifestyle, mothering are all have different forms in raising our children but in general,  our heart remains the same. I would love to know a piece of your story on how you deal things. Sometimes while reflecting, moral lift helps a lot knowing that there's one among the others who makes a harder times than you do and will come to realize how grateful you are and it will help one boost to go on in the next day of mothering a teenager in what kind of situation they are in.

I only read this article last month and i wish i could read a lot more like that a years way back. Maybe situation would be a bit different then. I would like to share it to those who find themselves in the same field of fear and situation as I am in before. I hope through that article you will find your mothering path a bit more lighter, and easier to handle.

I want to salute all moms who made this far in raising and molding an individual. It's not an easy task, building a career that you can control things out the way you wanted is a loooong way different than dealing with parenting in raising humans. It's a lifetime commitment and I want to give you a trophy! For those who find their self guilty, don't be! As long as you know you do it all the way the best that you can just hang in there, prayer is the key.  Let me part this super long post of mine by hoping and praying to grant us mothers for whatever our hearts desire, for the benefit of our children.

Posted by audrinajulia at 6:53 PM