Hello! How everybody's weekend? Well the typhoon is up here in our place early this week with signal number two and classes has been suspended early, glad that my kids are all got home safely.
Anyway I noticed that my site has been like this forever. it's been stuck for this lay out for sometime and hopefully i would have TIME to update things up.

Anyway, there's nothing special about our weekend, just a simple family get together. But i am thankful of it rather than the previous month  that we are all panic about Iya's health. Sometimes routine can be boring but when things seems to go wrong you will be thankful for the old routine back into your lives. 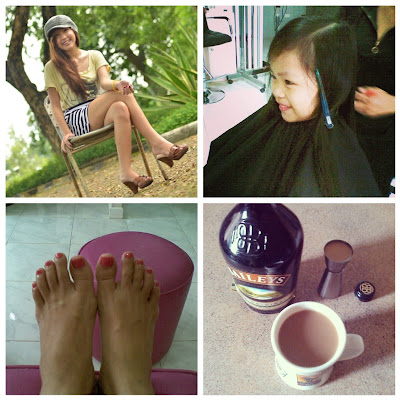 Jenille have a photo shoot last week as part of her project. When she told me to look at her photos a bittersweet feeling pinch me. My firstborn child is not a baby anymore. how time flies, a few more years and she will have a path of her own. But for me she will be forever be my baby and mom will be forever here at her side whenever there will be a time she will need me most.

My youngest Iya finally had her first haircut at 3 1/2 years old! She don't want to cut her hair and needed to convinced first a few days before the schedule time. But in the end sitting at the Salon excites her on how she looks like with short hair. I ask the stylist to cut it shoulder length and she's happy with the way it came out.

After Iya, I also took the chance to have my nails done at the Salon. It's very rare for me to have somebody to clean and put my polish on. It's only done maybe twice or thrice a year to help get over the dead skin and have a foot spa while someone doing it for you. I wanted to do it on my own at home, you can read here the reason why. However there are times when you feel tired and want to relax and have somebody to do it for you get the feeling of lux and relieves anxiety, will turn your tension into a bliss, well that's the time I needed one.Simple yet rewarding.

It's rainy and "storm" season here now, so a hot coffee is the time you appreciate it most likely. Hubby have done flavoring his coffee and put one shot of baileys on his mug. he always tease me to try it but i wanted mine the old fashion way.

Do you wanted your cup of coffee in different way? what's your favorite? Just curious to know.:)

Have a great week ahead of you all lovelies!

Posted by audrinajulia at 8:55 PM 5 comments: Links to this post

Email ThisBlogThis!Share to TwitterShare to FacebookShare to Pinterest
Labels: Life, my kids, weekend

Hi! How's your weekdays so far? My kids and i are looking forward for the long weekend this week. i know Jenille and son1 are tired with their everyday trip going to the school. So a long weekend is a big help for them to rest and to do things that they want. As of me and iya, we're both fine now, Iya is recovering from her asthma and gladly i'm back with my usual routine and got a goodnight sleep. That sounds good, right? Hubby and I so with the rest of the family are very happy about iya's progress. You can follow more about our day to day life on instagram if you like.

Anyway last night, while i look back at our last month photos and just before before Iya got sick we able to go out and explore the newly opened mall here in Manila. I'm so glad that it's not far away from our place. how i love that the mall caters all the skincare brands that I wanted. Bittersweet that not almost all are open so maybe next month or before my birthday ( this month! ) we'll be able to go back again. Fashion wise, they cater so much beautiful apparel that most of you knows and glad to say that they are all open. However i'm more than excited to go inside the store of Stuart Weitzman which is close yet when the time we visit. I love to try and take a look on their shoes that i normally see on sites. On the other note, as coffee lover that i am, i also look forward for the opening of Paul and wanted to try their coffee and pastries. Is it obvious that we visit early that most stores are not open yet? But anyhow it did'nt frustrate me at all. Going to a place you love is something to look forward. always. right beauties? Going to the mall is one activity that i will always enjoy doing.

After that we take Iya to a place where she can enjoy most so with son2. It's a great day that my family and i enjoyed.

I know lots of you enjoy shopping, but are you more on online shopping or do you also enjoy going to the store personally? 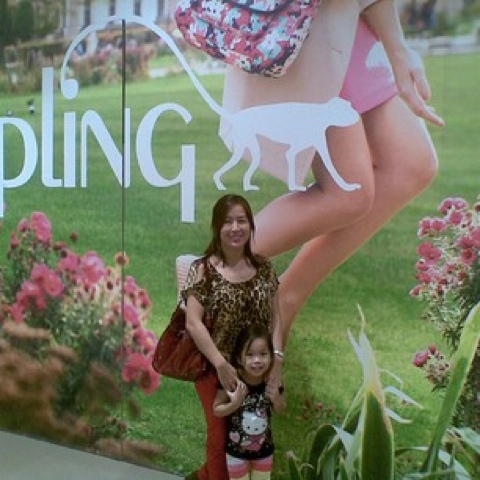 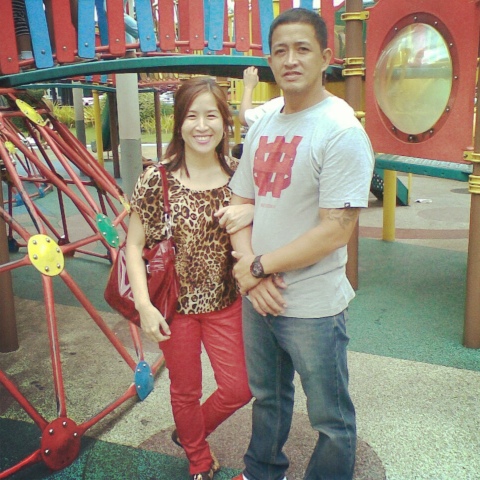 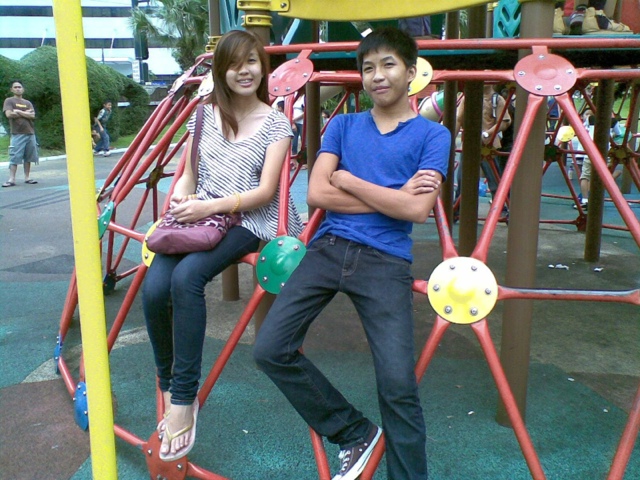 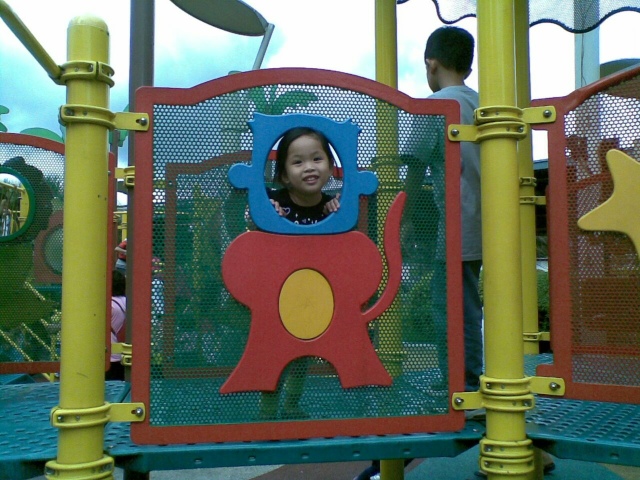 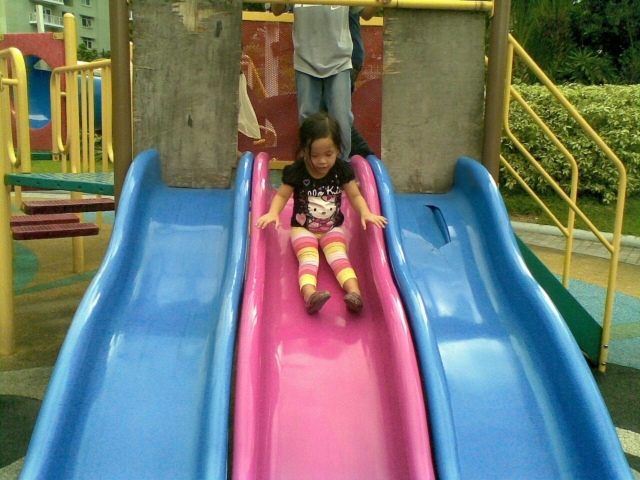 Posted by audrinajulia at 9:22 AM 4 comments: Links to this post

It is August now and love to look forward what this month would bring. Last month had been a test of courage as a mom for me and for the rest of the family as well. It's very hard to see your child suffer, a lot. I'm talking about Iya's health here. After the last attack four months ago, the pediatrician told me that it still can't be categorize that Iya is asthmatic and only gave her a home medication after a sessions of nebo. I was also given a prescribe medication letter to be given to the ER in case there's a future attack. So everything is said and done until nearly last week of July...

I fear Iya's breathing for she almost can't breath. The passage of air might be too small that she hold her breath like it will gonna be her last. i cried. a lot. Wishing and praying that if only i will be the one to suffer and not her. ( i know mostly moms wish and feel the same way ). After a week of full home medication, an extreme cough even on a wee hours of the morning, a six hour interval nebo sessions, a lookout on everything she eats so that the severe cough won't trigger. She is now categorized as asthmatic. Mostly her favorite food now is set aside on her diet. Chocolates, chicken, fish, nuts, mayonnaise egg, hotdog.

Aside from the asthma her food allergy intake makes her skin allergy worsen that makes her eyes to swell. Glad to know more facts on the do's and don'ts so both won't trigger. for now Iya is still on the recovery stage. she lost weight but hopefully it will bring back easily soon. For everything what's going, i like to think that I'm blessed that i'm the one who took care of her in the times she needed me most. For now the family makes it a point to look everything normal for her, and explain the situation so that she could easily understand.

Sorry to make it long and thank you if you still with me. As a mother i feel terrified and your notes and concerns will matter most. Have a great week ahead. 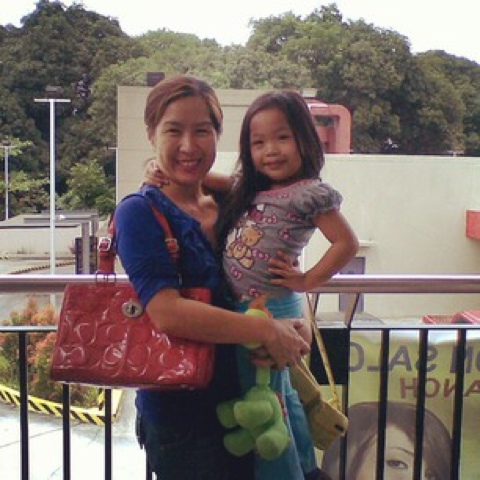 Posted by audrinajulia at 3:10 PM No comments: Links to this post

Hello Everyone!Finally I have the time now to update my blog. I feel a little bit bad that it took me three months to write again but life is so busy these days and I felt lucky that I got the chance to write now with all the schedules that I have lately.

First and foremost we already moved!  yes, at last! I may not be the organize mom that mostly I know but thank goodness that all in our house now is settled. There's still some minor fixing to do but everything is in moderation. It took me time to set all things, you know as mom of four and with all this and that on the side. I can breath now actually and I want to take the opportunity to thank my elder kids on helping me so with hubby whenever he's around.

We moved on the same subdivision that we used to lived by. We don't transfer from other city as I love the community we have here, where almost everything is easily reach. I used to look for other apartment units on other locations but holy moly I can't even think of affording the price! So hubby and I decided to stay within our previous vicinity and just wait for the right time where we can decide to move on our own home. However with two current college students, I know it will not be anytime soon.:) 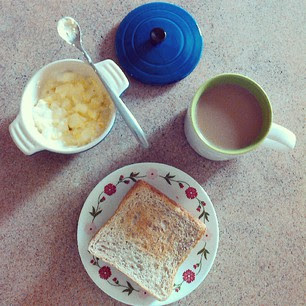 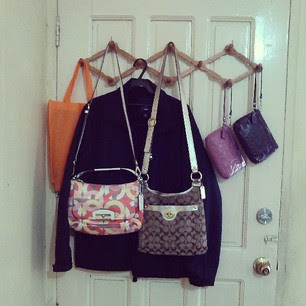 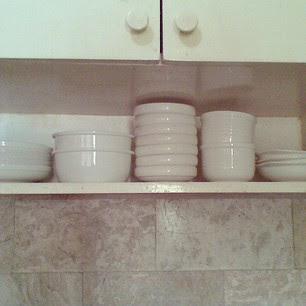