Hello There! I have a relative from London who came over for a visit, so when he went back I got the chance to send something for a friend. I know she has so many designer bags as her collection but of course I'm not yet  financially stable to gave her one hahahaha! So this time around something as simple as nail polish with three different colors - I know will put her toes and nails in posh look. Glad that she like it.

On the other hand, just two days ago I received a late:) birthday gift from my batch mate and a friend from Ireland.  Though she gave me a notice regarding this one, I really don't expect that she will pursue on sending something for me.Really touch with the way she effort. Sweet! 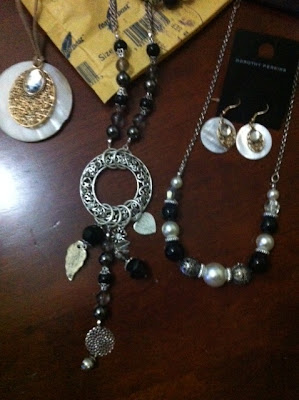 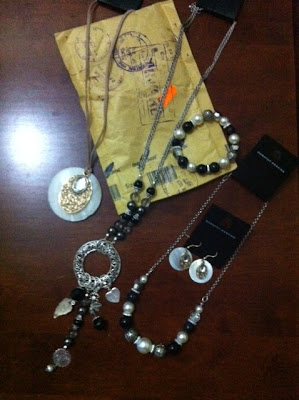 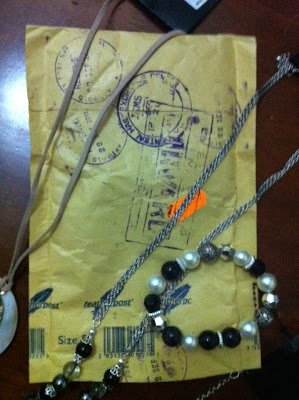 The gestures of giving is really something that put a smile in my face. Maybe because it's also a tradition that I inherited from my parents most especially my mom. I'm thankful for this traits that they impart in my life, a character that I also pass now to my kids. The act of giving and not expect something in return.:)
Posted by audrinajulia at 5:37 PM